Discover this typical gluten-free healthy dessert recipe that comes from Ancient Egypt.
Historically, the main ingredient for this dessert is tiger nuts which, together with honey and fruit, have been an essential sweetener in ancient Egyptian bakery and confectionery.
In Dokki Agriculture Museum in Cairo, there are tiger nuts illustrations from various periods of Ancient Egypt and the nuts found in tombs of all ages are said to have been used as a dessert.
The recipe of this dessert can be read from the representations on the wall of the tomb of an ancient Egyptian noble named Rekhmire.
I have recreated the proportions of the recipe of this cake based on another ancient Greek recipe based on flaxseed and honey, with a modern twist, since I`m using Bsisa Harmonia as a base which contains the tiger nut, almond, flaxseed hulled hemp seed meal and ancient Egyptian spices such as Aniseed and fennel seeds.

Combine all the ingredients in a large saucepan and bring to a boil while constantly mixing everything with a wooden spoon. Simmer it on low heat until it thickens and is obtained. It must smell toasted, not burnt when thoroughly cooked; it will start emitting a pleasant smell.
Generally, after 10 minutes, the mixture will become really thick and taste less sweet than initially.

Pour the mixture onto a plate and let it cool enough to touch it by hand and become slightly more solid.
It will take about 25 minutes for the mixture to solidify enough to be moulded into a shape.

With your hands, shape the mixture into small cones and place it onto a ceramic plate. Wait until the cake cools to room temperature. To speed up the cooling process, put it into the refrigerator. 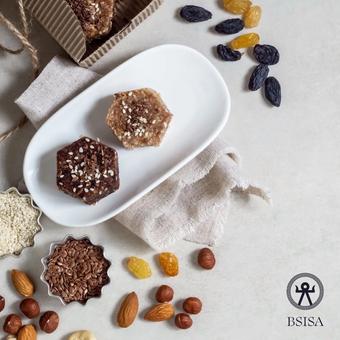 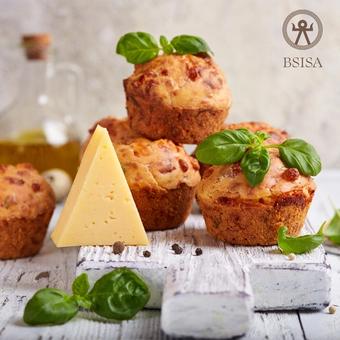 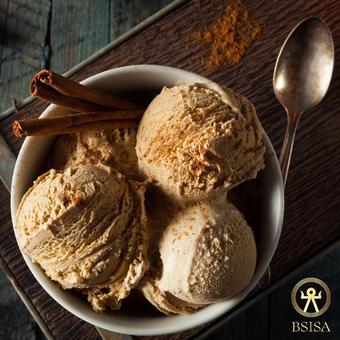